Dino’s Next to Bailey and Spencer

One of the most popular television dramas from the late 1950’s and early 1960’s was “77 Sunset Strip.”  Its popularity was derived from all the usual attributes of a successful program but it also contained one very unique aspect that previously had never captured audience imagination as this one did.


While the address was fictitious, the setting for the address was an actual location.  Every episode spotlighted Dino’s Lodge, a restaurant named after entertainer Dean Martin.  “77 Sunset Strip” was the fictional office address of the private detective firm “Bailey and Spencer.” It was located immediately next door to Dino’s Lodge.


The Warner Bros. sound stage replica of the outward appearance of the business residing next to Dino’s was precisely as it looked.  In reality, “77 Sunset Strip” was the Mary Webb Davis Modeling Agency located at 8532 West Sunset Boulevard in then west Los Angeles and now West Hollywood.  Dino’s was located at 8524 West Sunset Blvd. This location may have been the best known location of its time.  Those who had no idea of 1600 Pennsylvania Avenue were keenly aware of “77 Sunset Strip.” 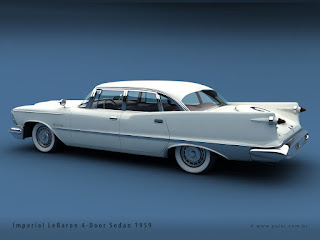 In January of 1961 our family enjoyed the second of two family auto trips from Minneapolis to California in our 1959 Chrysler Imperial.  While in Los Angeles, the family had dinner at Dino's.  There were some stark realities that were so very much fun to observe.


As in the television show, Dino’s naturally had valet parking.  However, the parking lot itself was NOT just a flat parcel of land that sat behind Dino’s.  It was rather located down a steep embankment far below and behind the restaurant. The parking attendants had to be in good shape to climb that hill several times a night after parking patron’s cars and returning to their station at Dino’s front door.  This naturally led to the awaking that Dino’s was built on a hill.  This afforded the patrons with a magnificent view of the Los Angeles basin from the restaurants beautiful picture window.


The meal was outstanding.  It was served by male waiters in tuxes and yes, the scantily clad cigarette girl was ever present.  The coat check room, resplendent with the alluring coat check girl, could be found in the exact location as depicted on the program.  The bar motif and the dark wood walls along with the wall plaque designs were also an exact match on the show. You naturally paid for all of this.  It was the only time I ever heard the old-man complain about the price of a meal.


After dinner we decided to pay a visit to Bailey and Spencer next door.  We were hoping to have a pleasant chat with Stuart Bailey and Jeff Spencer.  We assumed that Suzanne had probably gone home for the evening and that Roscoe would, in all likelihood, be at the horse track.


What we discover as we walked under the white awning and opened the door to the Mary Webb Davis Modeling Agency was only a long stairway to the offices above street level. There was nothing more than the entryway and stairway at street level.  No Bailey and Spencer offices.


We retreated back to Dino’s to retrieve our ’59 Imperial. 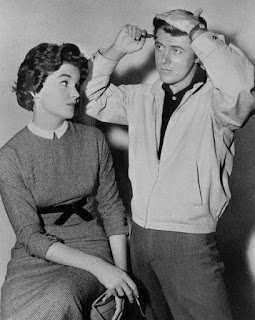 One of the most charming characters from the television program was “Kookie,” a valet parking attendant that worked at Dino’s.  He was played by Edd Byrnes.  During the run of the show, Byrnes appeared on more magazines covers than any other entertainment personality in the history of show biz.  Connie Stevens enjoyed a hit record entitled "Kookie, Kookie -- Lend Me Your Comb" “spoofing Kookie” for constantly combing his ducktail haircut.  In 2005 TV Guide named Byrnes and “Kookie” number 5 on their list of “TV’s Greatest Teen Idols.”  Seems everyone in America knew of “Kookie.”


With no mention of the show, the parking valet who presented us with our ’59 Imperial was asked how much money it would take to buy his comb.  He took a comb out of his pocket, swished it through his hair a couple times and said; “Nothin’ doin’ daddio.  It ain’t for sale.”

It was not only a wonderful era for marvelous music, fabulous cars and women of exceptional beauty, but it also provided very special memories that each and every one of us from that era have neatly tucked away in a very special place.

Today both locations are part of a city redevelopment program that is currently
in progress, so they are tantamount to nothing more than empty lots.
Before construction began, all that remained to commemorate these original sites was a sidewalk plaque.  It has been carefully removed, intact, with the assurance that it will be, once again, placed in front of the new building at 8524 as part of the completed construction in 2017. 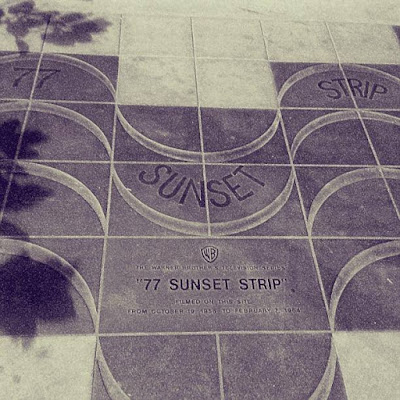